Enervex products can solve even the worst draft problems, and eliminate the need for large boiler stacks.

Enervex (Formerly known as Exhausto) offers products and systems used in conjunction with the venting of boilers and water heaters. Enervex systems are listed and approved for use with gas-fired Category I, II, III and IV heating appliances as well as certain oil-fired appliances. Both condensing and non-condensing applications are covered by the approvals and can be handled by the systems. Enervex products can solve even the worst draft problems, and eliminate the need for large boiler stacks. 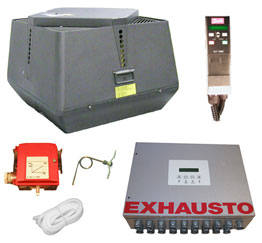 The Chimney Automation System maintains a perfect, constant draft for the appliances by modulating the chimney fan capacity. The system is activated when there is a call for heat. It will create and maintain a pre-set draft prior to or immediately after the appliance fires. 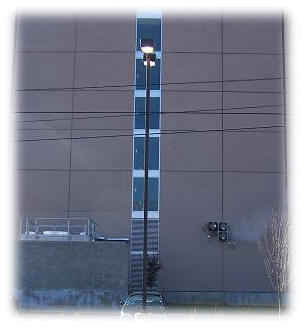 Mechanical draft system is used for in-line installations. The CASI is a mechanical draft system used to control and maintain draft for multiple or modulating boilers, water heaters, and other Category I, II, III or IV heating appliances. There are no limitations on its use with these appliances and it can be used with any type of chimney or stack. The venter is designed for inline installation.

The CASI system consists of a single RSIB Power Venter and the EBC30, Modulating Fan Control. The EBC30 maintains a perfect, constant draft for the heating appliances by modulating the speed of the power venter. A variable speed drive is also part of the system when power venters with 1HP or more are used. 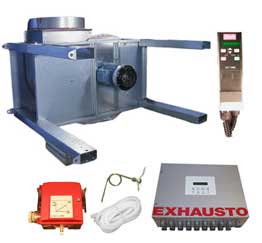 The MCAS System maintains a perfect, constant mechanical room pressure during the combustion process by modulating the fan capacity.

The system creates and maintains a preset room pressure prior to or immediately after the appliances start. It can also be set to run continuously. This eliminates the use of gravity air louvers. The MCAS can be used in conjunction with any type of combustion system. 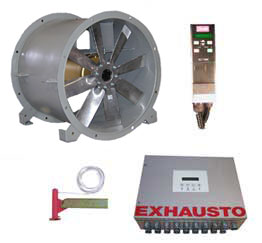 The MODS system is used to control and maintain draft for when a venting system generates more draft than the heating equipment can handle. It can be used within any type of vent or stack. The MODS system consists of the MDF, Modulating Damper and the EBC 30, Modulating Pressure Control. The EBC30 maintains a perfect, constant draft for the heating appliances by modulating the position of the damper. 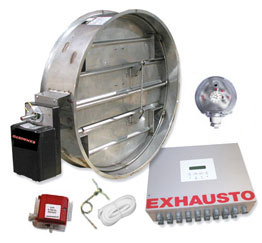